This insight is a summary of a talk given by Sandy Loder and Harvey Hillary at the 18th European Family Office Conference organised by Campden Wealth in London on 2nd November 2016.

Most family wealth starts with the founder building a successful business. Ultimately this comes from making a number of good decisions which over time results in high performance and the creation of wealth.

The challenge for families, family offices and family businesses going down the generations is whether this good decision-making, winning culture and performance can be maintained along with good succession planning.

Performance is the measure by which success and failure can be judged whether it is an Olympic sport, a family office or a family business. In most instances, it can be measured by its Return on Investment (ROI).

Sandy Loder and the ex-Head of High-Performance and Innovation for the British Sailing Team, Harvey Hillary at the conference talked about some key strategies they use with clients and how they can be used to develop and sustain high-performance for families, family businesses and family offices.

In short, some of these strategies are:

What makes UK Sport the most efficient Medal Winning Machine in Olympic Sport and how can families learn from the serial medal winning in Sailing, Rowing and Cycling?

Harvey Hillary is a man with a tremendous amount of experience in delivering High-Performance in elite sport. Asked how to maximise an ROI in sport, he outlined the tactics that UK Sport use “which is a risk-reward calculation based on confidence in an Olympic sport to deliver medals, based on the historical performance, the quality of its performance planning, the expertise of its support staff and its talent pathway”. That is why the big three GB sports of Rowing, Cycling and Sailing continue to receive a comparatively high investment per medal opportunity.

UK Sport has an exceptional network of expertise (the English Institute of Sport plus academic and technological partners) which enables efficiency and cross-pollination across its sports network. It uses this knowledge pool, its competitive advantage and the ability to deploy this expertise quickly to focus on ‘easy medals’ and ‘new sports’. This expertise enables UK Sport to harvest exceptional medal returns with comparatively low investment and low risk!

Sailing is one of the outliers that is particularly interesting. Its programme has consistently topped the medals table every Olympics since Sydney 2000, proving that its high-performance system works. The uncontrollable environmental factors such as the wind, tide and sea state and the fact that the gold medal score is relatively unpredictable makes sailing in many respects comparable to business. Moreover, it is a highly complex sport combining decision-making, skill execution, human/equipment performance & reliability, operational excellent and managing the competitive environment. Sir David Brailsford (the Team Sky cycling’s owner) would call it ‘controlling the controllables’.

Performance Planning is an area that Sandy is particularly focused on when helping family businesses and family offices develop. He and Harvey outlined to the audience their ‘What It Takes To Win’  strategy they use when looking to fully understand the competitive environment and providing a ‘medal’ winning solution for families.

We have outlined below those steps:

The first step is an analysis of historical performance data to identify what the highest performing competing individuals, teams or organisations have been delivering in comparison to your performance.

For instance, Jürgen Grobler, Head Coach at GB Rowing is a master at this. His wealth of experience enables the rowing programme to define what the winning time is likely to be in the 2020 Olympics and the components of performance (power, endurance, technique) that will be needed to achieve the ‘predicted time’.

Olympic sports are now being asked to formalise this performance model in a hierarchal structure similar to the methods used by surgeons when defining how to deliver a successful operation with zero errors. This area presents a key opportunity for all family businesses and offices to look to enhance their performance model.

Finally, the Gap Analysis allows resources to be targeted for a maximum ROI.  Using ‘Super Strength’ and ‘Unacceptable Weaknesses’ to define where to target resources in order to continue to excel and address the areas of your performance with the biggest delta compared to direct competitors or the market baseline.

Sandy outlined the importance of looking at resilience in both organisations, teams and individuals. It is that ability to bounce back from adversity and have that hardiness to dig deep when the going gets tough or the athlete has crossed the redline and is in the pain zone. The data we have gathered and the research we have done, shows the higher the hardiness and resilience, the lower the level of stress, which in turn improves the quality of the decision-making.

Decision making remains one of the untapped opportunities for enhanced performance in Elite Sport and Business. It represents a highly complex relationship between information gathering, experience based decision-making and the ability to function logically under stress.

AH Loder Advisers has for some time worked on developing high quality decision-makers in extreme environments and Sandy went on to outline the transferability of this knowledge to individuals in family businesses, especially the next generation. The relationship between stress and perceived risk on effective decision-making is something Sandy has really targeted when mentoring current and future business leaders using extreme environments, such as the Arctic that stretch the individual’s capacity to function.

Harvey explained his framework for optimising decision-making in sport identifying preparation, communication, execution and adaptation as component skills that he has specifically targeted in developing winning athletes.

Organisation or systemic high-performance starts with culture.  A winning culture is created by the right behaviours and attitudes being exhibited from every individual within the eco-system of a team, squad, organisation and family. The shift to a high-performance cultural starts with a clear intent from the executive team, but the responsibility to effect and sustain that change in mindset sits with everyone within the family, business and office. A high-performance culture makes everyone accountable to a piece of 'what it takes to win'. High performance cultures accept failure as an essential part of the process and respond logically to failure with an intent to learn without blame. Sensitivity to change and a capacity to respond and adapt is also a trait of high-performance organisations. In a sporting context the rules, format and equipment used in Olympic sailing have changed each cycle in order to level the playing field. Each time, the British Sailing Team see this as an opportunity to increase its competitive advantage by preparing for and responding faster to change than the other leading nations.

In the majority of families and family businesses, history shows that ‘outperformance’ cannot be sustained for much longer than three generations. The parallels with elite sport are clear and an openness to the skills and techniques outlined by Sandy and Harvey could prove of real value to family businesses looking to unlock the potential of a ‘What It Takes To Win’ strategy.

If you are interested in learning more or would like Sandy and Harvey to provide some advice, please contacts us. 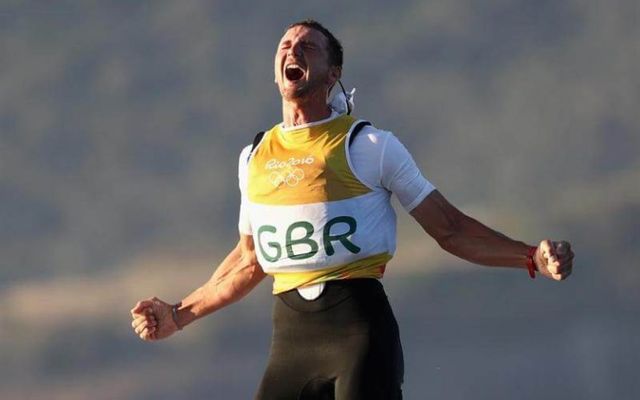