In April 2016, Susannah Constantine and her son Joe came with me on my latest Arctic dog sled expedition travelling across the Arctic tundra of northern Norway before descending into Sweden in minus 20-degree conditions. Six months on, I wanted to catch up with Susannah to see whether the trip had lived up to her expectations, here’s what she had to say…

Susannah shot to fame with her friend Trinny Woodall in the 1990s with their TV series, ‘What Not to Wear’ and ‘Trinny & Susannah Undress’. Since then Susannah has co-written many fashion advice books with Woodall, some of which have become best-sellers in the United Kingdom and the United States. It is estimated that her various style advice books have sold 2.5 million copies in Britain and the United States. More recently she braved ‘I’m a Celebrity…’ in the Australian jungle.

What none of us knew during the height of her TV fame was that she was a frustrated adventurer with an obsession for snow and the isolation of the Arctic tundra. Quite why she ended up in the heat of the Australian jungle on a reality programme, I am not sure. Susannah’s fascination with the Arctic started about 20 years ago after she read ‘Winter Dance: The Fine Madness of Running the Iditarod’ . A story about a poverty-stricken and rooky musher Gary Paulsen whose experiences living in the Canadian Arctic with his wife and his journey with his dogs in preparing for and taking part in the iconic 1,180 miles Iditarod Dog Race.

“It was the snow, the isolation and the bonding with the husky dogs and dogsleds that Gary Paulsen experienced and wrote about in his book.” She says she has given or recommended this book to more people than any other book she has read or even written. Susannah’s yearning to experience some of what Gary had experienced, turned into reality when a close friend of hers, Jonny, asked if she wanted to come on a dogsled adventure. Johnny introduced her to me initially via email, describing her as “very plucky and good fun”.

Q: On reflection now, what still sticks in your memories of the fantastic trip we did?

I loved the isolation of the journey through the Arctic tundra; the permission to switch off entirely and take in some of the most stunning scenery in the world.

Q: What did you think about the dogs?

The husky dog is a truly amazing animal. When you are on your dogsled, you are entirely dependent on something else, other than yourself. There is no other sport like it where you and the dogs are totally reliant on each other to survive. Nothing like it. They pull you all day, covering up to 70kms uncomplainingly across the snow, up and down the hills and can still have the energy at the end of it all to wag their tails and want to be patted at the end of the day. That intense and personal relationship was fantastic and very intimate.

Q: What did you think of being up in the Arctic?

I loved it. Totally adored it. I hate skiing; am bad at it and it terrifies me. This was the perfect way to experience snow in an extreme way. I had never before been up to the Arctic Circle. What an experience! It was an adventure both physically and mentally for me. The food was fantastic and the mountain lodges we slept in every night were much better than I was expecting.

Q: You brought your son Joe with you. Was that an easy sell?

Joe jumped at it when I asked him if he wanted to come with me. It caught his imagination. It was also a freebie for him, as I was paying for him. He probably would have preferred it if I had not been there!

Q: What did Joe think of it?

He just grew and grew with confidence over the days we were out in the hills. He loves the natural world, loves animals and loves the outdoors when he is not sitting on the sofa at home 24 hours a day. So he was in his element.

Q: What did you learn from it?

I had a vision of being the Snow Queen being dragged around by dogs. But it was so different from that. There was nothing on the trip I had ever done before. It was such an inclusive experience. You felt completely part of an expedition. You were part of a team. You were not just going along for the ride. I love meeting new people and I loved meeting the people on our trip. Our Saudi friends – Abdullah and Nasser were just wonderful. They were two of the best members of our team. Nasser made me laugh so much. I learnt the importance of teamwork is vital in an environment such as the Arctic and the close relationship with your dogs is so important. You have a real bond with your dogs. I had total respect for the dogs and what they were expected to do each day.

Q: Do you want to do it again?

Totally. Next time I would get a bit fitter and get my upper body stronger.

Q: Finally, what are you doing now?

I have just signed a publishing deal and have just finished my first fictional novel, which should be published in spring 2018.

If after reading this article you might be interested in coming on our next trip in April 2017 see below.I run the same trip as Susannah went on, every year in April, which takes us from near Tromso in Norway, inside the Arctic Circle south-east towards Kiruna in Sweden over five days. Everybody drives his or her own sled and five dogs and we stay in mountain huts and lodges at night. Over the years, we have taken people from as young as 16 to as old as 60 and from every corner of the world. Without exception, it has had a lasting memory and I dread to think how many poor people have had to listen to the stories and look at the photos. It is, without doubt, a transformational experience.

Arctic Trip 2017 - Do you want to come or have clients who might?  Spaces are still available

In April every year, we take a group of clients to the Arctic to help develop their leadership and personal skills whilst dog sledding across Norway and Sweden. This proves incredibly rewarding and we are running another trip in 2017.... Read more

What others said about the trip:"It’s really important to go outside your comfort zone, otherwise you will never experience anything in life…the whole trip was enjoyable – the elements, the dogs and sled, everywhere we went, everything we saw, being leader for the day, the places we stayed…do it! You will love it…just make sure you have a balaclava!""I chose to join Sandy on his trip to the Arctic and it proved to be an excellent experience, not just because of the sheer beauty of the region but also because of the focus and determination it brought out in my 19 year old daughter with whom I went."

Click here and email me to join the 2017 Arctic trip 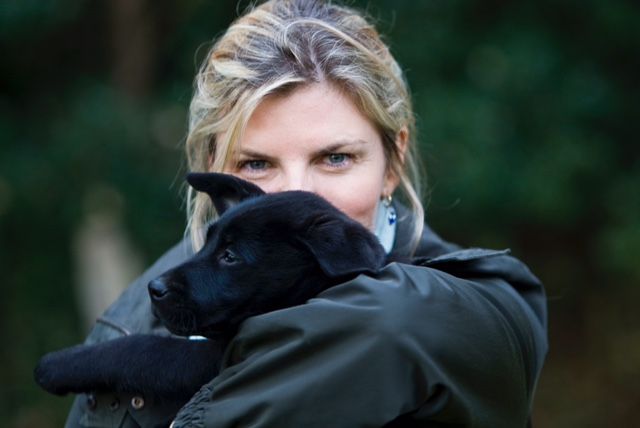